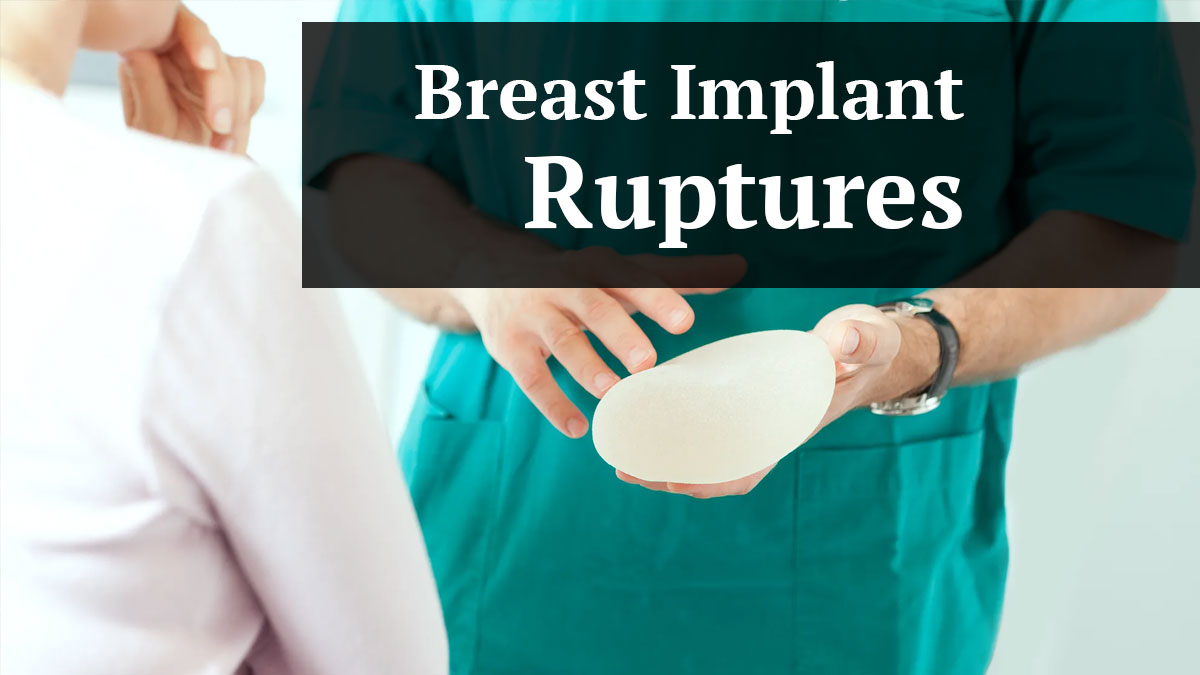 One overlooked and underappreciated injury to women during an auto accident is the rupturing of breast implants. This injury occurs when a woman is pushed into a steering wheel, struck by an airbag, thrown about in the interior of the vehicle, or forcefully restricted by seat belts. The more severe the crash, the more likely that an implant will rupture. Ruptures to breast implants are not an injury that you would commonly associate with an auto crash, until it happens to you.

At St. Petersburg Personal Injury Attorneys McQuaid & Douglas, we specialize in injuries to women as a result of auto accidents. Two thirds of our client base are women, so we are particularly sensitive to female specific injuries. Breast implant ruptures during a serious auto accident occur far more than one would imagine. Over 300,000 breast augmentation surgeries are performed in the US annually. Thus, the odds are good that a woman involved in a serious auto accident may suffer this type of injury. This article is dedicated to providing information to women who have been injured in auto accidents and have questions about what to do next.

What Are the Types of Breast Implants?

There are two types of breast implants in the US-saline and silicone gel. All implants have a silicone shell, so the difference is what the implant is filled with.

After several decades of debate as to whether silicone caused immunological disorders, they were approved by the FDA in 2006 for sale. Thus, there has been a significant increase in their use in recent years. Silicone is popular because the look and feel is more akin to natural breast tissue.

Which Implants Are Safer?

As is well known, there has been tremendous debate and research over the safety of silicone implants. But, the research had concluded that there simply aren’t significant differences in safety between the two.

Saline ruptures are easier to spot, however. The fluid leaks out more rapidly and is absorbed by the body. This is harmless to the woman. It is obvious because the implant clearly and quickly deflates.

Do Ruptured Breast Implants Have to Be Removed?

Ruptured implants are classified into two types-intracapsular and extracapsular. An intracapsular rupture means that the implant has ruptured inside a tissue capsule that the body has formed around the implant. Because the rupture appears to be contained, it is very difficult to diagnose. As mentioned in the above, the use of an MRI is needed to properly detect this type of rupture.

An extracapsular rupture means that the material in the implant has broken or leaked through the surrounding tissue capsule. It is associated with lumps, irregularities, or even pain. However, an extracapsular rupture can also be completely asymptomatic. This type of rupture is easier to diagnose with the use of an ultrasound.

Who Pays for Ruptured Breast Implant Removal After an Auto Accident?

I have yet to see a ruptured breast implant repair paid for by a car insurance PIP or med pay plan. However, ruptured breast implants are considered medically necessary by most health insurance plans. If you do not have health insurance, you will either have to pay out of pocket (or pay the insurance deductible out of pocket) and then add it to your damages claim in the auto accident injury case. You also may be able to get the surgery performed on a letter of protection (LOP). An LOP is basically an IOU agreement that you sign with the doctor and your auto accident lawyer. It secures the doctor’s bill will be paid out of the settlement of the injury claim.

What to Expect With an Implant Removal After an Auto Accident

You do not need to go back to the same surgeon who performed your first surgery. Any qualified plastic surgeon can perform the procedure. During the procedure, the surgeon can simply remove the implant, remove the implant and perform a breast lift, remove any hard or lumpy tissue, or replace the implant with or without a lift. Sometimes the removal of the implant with no further procedure can lead to aesthetic abnormalities such as deflation of the breast, sagging, dimpling, or asymmetry. Most procedures on ruptured implants are replacements. However, since implants last between 10-20 years, your situation may be such that you will want the non-ruptured breast replaced at the same time. Up to 20% of women have their implants removed or replaced within 8 to 10 years. While you can certainly try to recover the procedure for both implant removal or replacement surgeries in the auto accident claim, you will likely only be able to recover damages for the ruptured one.

If you have been the victim of an auto accident and have ruptured a breast implant, you may be entitled to pursue compensation. Most of these claims involve injuries to another part of the body as well. It is rare that an accident with enough force to rupture a breast implant would not have injured you in some other fashion.

Because we specialize in injury claims for women, we have the experience and resources to assist you with your insurance claim and your recovery. If you would like to discuss the possibility of pursuing a claim for your injuries, please contact us for a free consultation.