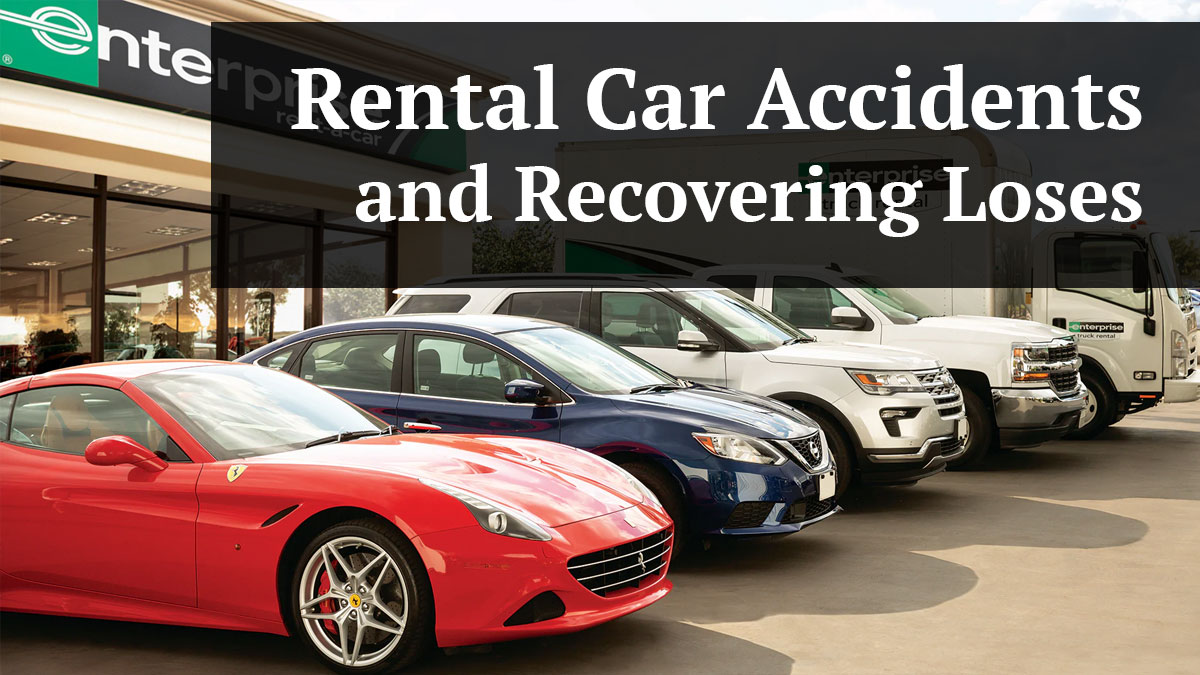 If you have been in a car accident that was caused by the driver of a leased or rented vehicle from an auto dealership, a recent Florida case has limited your chances of recovery. Car dealerships that own vehicles and lease or rent them to customers have protection from liability under federal law if the driver of that rental car causes a car accident involving injuries. In a complicated and confusing case from Okeechobee County, Florida, the court confirmed this limitation of liability by dismissing a lawsuit brought by a man who was seriously injured in a car accident.

In Collins v. Auto Partners LLC, Case 4D18-1855 (4th DCA 2019), Mr. Collins was the plaintiff in this car accident with injuries lawsuit. Mr. Collins was seriously injured by the driver of a vehicle owned by a car dealership called Auto Partners. The driver of the at-fault vehicle was actually an employee of Auto Partners. The lawsuit accused the driver/employee of negligence causing the accident. It also sought damages against Auto Partners for vicarious liability. This appeal solely involved the issues as to whether Auto-Owners could be held liable for its employee driving the vehicle in a manner that caused the car crash.

The lawsuit was contested over the factual questions as to why the employee was actually driving the car. There was disputed testimony about whether the employee had signed a rental agreement or not. Ultimately, it was determined that the employee was given permission to drive the vehicle short term while his own vehicle was being repaired. The car was given to him as a courtesy loaner vehicle just like any other customer of the dealership would have received. Because of this rental arrangement, the car dealership was determined to be free from liability under the federal law called the Graves Amendment. In 2005, Congress eliminated vicarious liability for businesses engaged in owning and leasing vehicles. This legal protection for businesses engaged in the trade of renting or leasing motor vehicles was codified in the Graves Amendment under 49 U.S.C. § 30106(a)(1). Simply put, the Graves Amendment states that the owner of a leased or rented vehicle shall not be liable simply for being an owner as long as it is in the business of renting or leasing vehicles and committed no negligence or wrongdoing.

As a result of this law, the trial court dismissed the case against the car dealership. On appeal, the Fourth District Court of Appeal agreed. The appellate court determined that the employee/driver of the car was treated like any other customer at the auto dealership when he was given a courtesy loaner while his car was being repaired. The court affirmed the dismissal of the lawsuit against the dealership.

This case was clearly a devastating result for the plaintiff, Mr. Collins. It is clear that the driver of the car who caused the accident did not have any or enough insurance to cover the injuries to Mr. Collins. While I do not blame Mr. Collins’s lawyer for trying to pursue the dealership, this federal law is a strong barrier to recovery and must be considered by all Plaintiffs moving forward.

If you have been injured in a car accident by the driver of a leased or rented vehicle, we routinely handle these claims and can help you understand the layers of insurance. These cases can be complicated and require the expertise of an experienced personal injury attorney. Remember, even if the driver of the at-fault car does not carry enough insurance, we can always make a claim against your own car insurance UM or uninsured motorist coverage. It is imperative that in light of the limitations against pursuing car dealerships that you check your own insurance coverage and elect to get UM coverage. I advise that every person should carry a minimum of 25/50 of UM coverage. If you have any questions about your insurance coverage or how to pursue a claim for injuries after a car accident by a leased or rented vehicle, please contact us for a consultation.