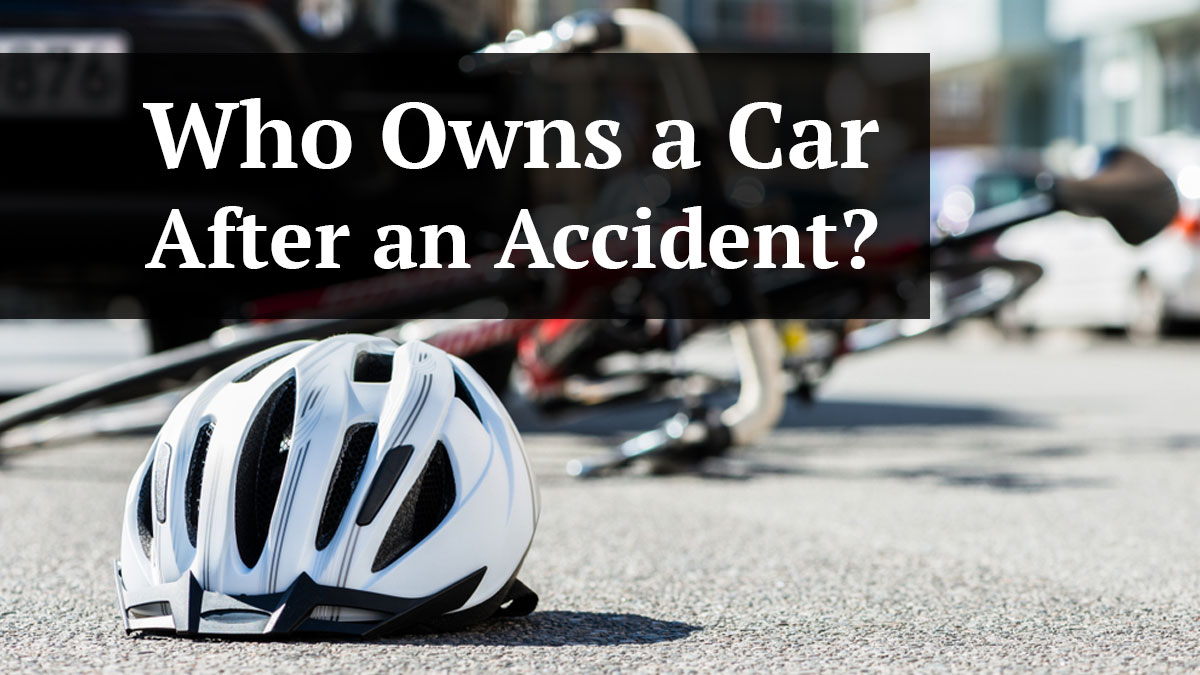 The issue over who owns a car after an accident is one that is a constant battle from the victim’s perspective. After an accident, the at-fault driver and/or the owner of the car constantly try to cover their tracks in order to avoid liability. One would think that simply pulling the DMV registration records would answer the question. But, Florida courts have given wiggle room to those who are owners only in title.

At St. Petersburg Personal Injury Attorneys McQuaid & Douglas, we have seen may tricks over the years by those who have tried to escape from liability by trying to transfer titles after a car accident. We also have witnessed just how many people simply fail to comply with Florida law by failing to properly transfer a car title. In a new case decided in South Florida, the Fourth District Court of Appeal discussed the implications or lack thereof, when a father claimed that he sold his car to his son shortly before an accident that killed a bicyclist.

In Estate of Ramirez-Lucas v. Hutchinson, 4th DCA Case No.4D18-2109 decided on August 14, 2019, there was a car accident that killed a bicyclist, Mr. Ramirez-Lucas. The car was driven by Andrew Hutchinson. According to DMV the car was titled in, Andrew Hutchinson’s father, John Hutchinson’s name. The Estate of Mr. Ramirez-Lucas filed a wrongful death lawsuit against both of the Hutchinsons. The lawsuit against the son was based on his negligent operation of the vehicle and the claim against the father was based on his vicarious liability for allowing his son to drive the vehicle at the time of the crash.

The claim against the son was not addressed in this case because he was clearly liable for causing the death of the bicyclist. However, John Hutchinson, the father, denied that he was liable for the accident. He claimed that he had transferred or sold his interest in the car months before. He claimed that five months before the accident he had delivered the car to his son along with the keys, the manual, and the registration. He allegedly also gave the son the title and instructed him to register it in his name. The father had no control over the vehicle and did not live with his son. The father also removed the car from his insurance policy. They allegedly agreed that the sale of the car would be for $2500, but there was no evidence that was paid. They also produced a bill of sale that was created about a month prior to the accident.

The father alleged that he held title to the car in name only and had no interest in the vehicle based on the above. Of course, since the issues were all between the father and the son, Mr. Ramirez-Lucas’ Estate had little ability to challenge whether they actually occurred. The issue as to the ownership of the car went to a bench trial in front of a Circuit Court Judge in Palm Beach County. The Judge ruled that the father had no liability for the car accident since he was the holder of naked legal title only under the faulty or incomplete transfer of ownership by the son.

The Estate of Mr. Ramirez-Lucas appealed the finding to the Fourth District Court of Appeal. The Estate argued that the plain reading of Florida Statute 319.22 required that the father was to timely notify DMV of the sale and transfer of title in order to escape any civil liability arising out of a subsequent accident. The appellate court agreed with the father’s position. It found that vicarious liability may be avoided when there is objective evidence demonstrating that the titleholder (in this case, the father) transferred his or her entire interest in the car and held title only due to a faulty or incomplete transfer of the title. It called the father’s interest in the car holding naked legal title only. The court went on to cite multiple examples of ways vicarious liability due to a faulty transfer of a car title had been avoided over the years. It also found that these common law decisions were not overturned or affected by Fla. Stat. 319.22 when it was amended in 2009.

The moral of this case is that simply because a father, mother or ex-husband or wife is on the title to the vehicle, there are still defenses to liability that can be made. The attorneys for victims of bicycle and car accidents need to be prepared for and aware that these defenses can be raised. At St. Personal Injury Attorneys McQuaid & Douglas, we have handled countless car accident and bicycle accident claims and are well versed in the law. If someone is trying to avoid liability by transferring the title or even adjusting the insurance after an accident, please call us for a free consultation.