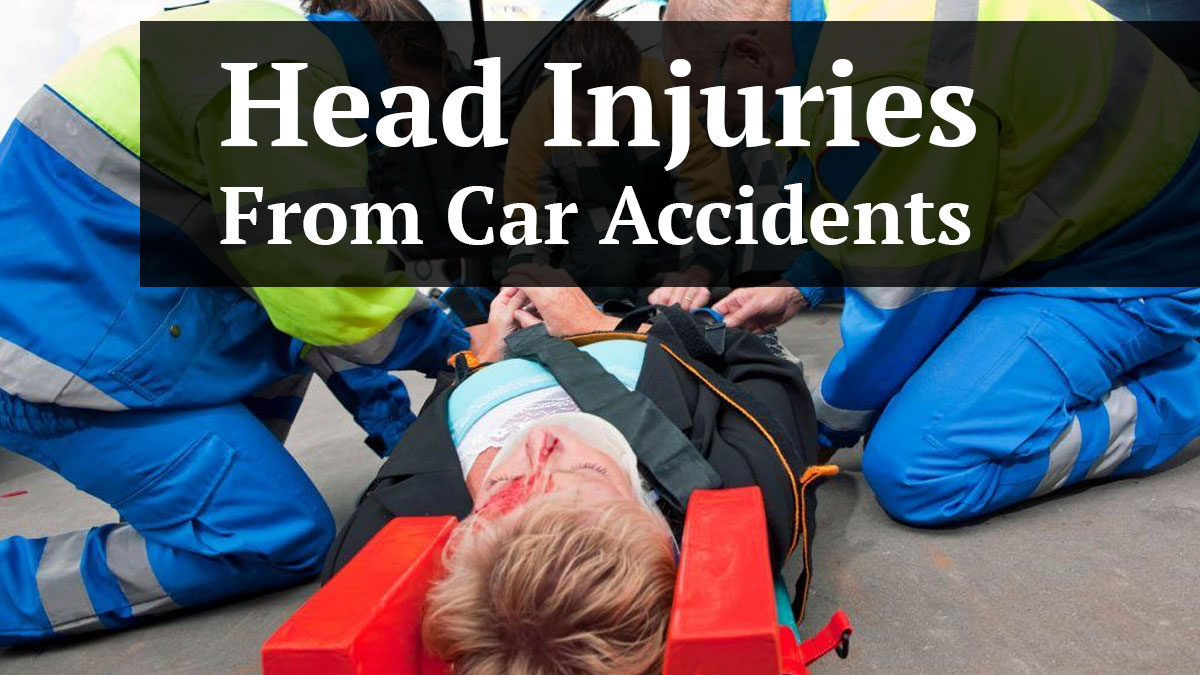 There are many ways that someone can be injured in a car accident, but an injury to the brain is often the most concerning. Brain injuries can have life-changing consequences that are not always immediately recognizable. In my St. Petersburg car accident law practice, I am most worried about the well-being of my clients when the brain is affected. While a broken bone may heal, brain injuries linger. From my perspective, seeing the changes to people after a head injury and the struggles that they encounter is truly disheartening. Unfortunately, the legal system cannot fix these brain injuries, only provide compensation for them.

Concussions are perhaps the most common type of brain injury that occurs during a car accident. Concussions are a type of traumatic brain injury (TBI) that are caused by shaking, an impact to the head or by a sudden change in movement. Many of my clients suffer concussions when they are struck from behind in a rear end car accident. This type of impact causes the head to move forward and back suddenly, thus injuring the brain.

Symptoms of concussions after a car accident include:

A brain contusion is another word for a bruise. Like all bruises, a brain contusion is caused when blood vessels break and/or leak. The damage to the blood vessels often leads to swelling, which in turn, leads to other complications. This type of injury usually results from some type of direct impact to the head. I see many of these types of injuries after a client’s head strikes the steering wheel or window violently. These injuries are scary and need to be monitored due to the force involved from the impact.

Symptoms of brain contusions after a car accident include:

A penetration injury is self-explanatory; it occurs when something has penetrated through the head and into the brain. While these accidents are somewhat rare during a car accident, they do occur. While these types of injuries are often obvious on the surface, the damage to the brain is hard to fully diagnose until the wounds have healed for an extended period of time.

Symptoms of penetrating head/brain injuries after a car accident include:

A diffuse axonal injury to the head and brain occurs by a violent rotation of the head. This type of injury can be caused by a high speed car accident when the car stops suddenly and the brain stem cannot keep up with the movement of the head. This movement causes the brain structures to tear. Concussions are actually a mild form of axonal brain injuries.

Symptoms of diffuse axonal brain injury after a car accident include:

A coup-contrecoup is defined as when there are contusions on both sides of the brain from the impact. These contusions occur on the side of the impact to the skull and then on the opposite side where the brain strikes the other side of the skull. This type of brain injury is commonly found in car accidents that are particularly violent, such as a rollover.

Symptoms of a coup-contrecoup brain injury after a car accident include:

Levels of Types of Brain Injuries

There are three types of traumatic brain injuries (TBI) following a car accident; mild, moderate and severe. The classification of the injury will determine the treatment and value of your car accident claim.

A moderate injury is characterized by extended loss of consciousness and extended periods of confusion. Most moderate brain injuries are able to be found diagnostically, but this is not guaranteed. When someone has undergone a moderate TBI, they will likely undergo cognitive and behavioral changes that require medication and treatment.

Severe brain injuries are life-altering injuries. Very few people who experience a severe will ever return to normal. Many of these injuries are life-threatening and require significant care from medical facilities and their family.

If you have suffered any of the above-referenced head or brain injuries following a car accident in St. Petersburg, you will likely need the assistance of a lawyer to assist you with your claim. Getting you to the right doctors to treat your injuries and then properly presenting the claim to the insurance company are both vital to your health and the claim process. If you would like to speak to a lawyer about your car accident, our consultations are free and there is no pressure applied. Your well-being is our top priority.