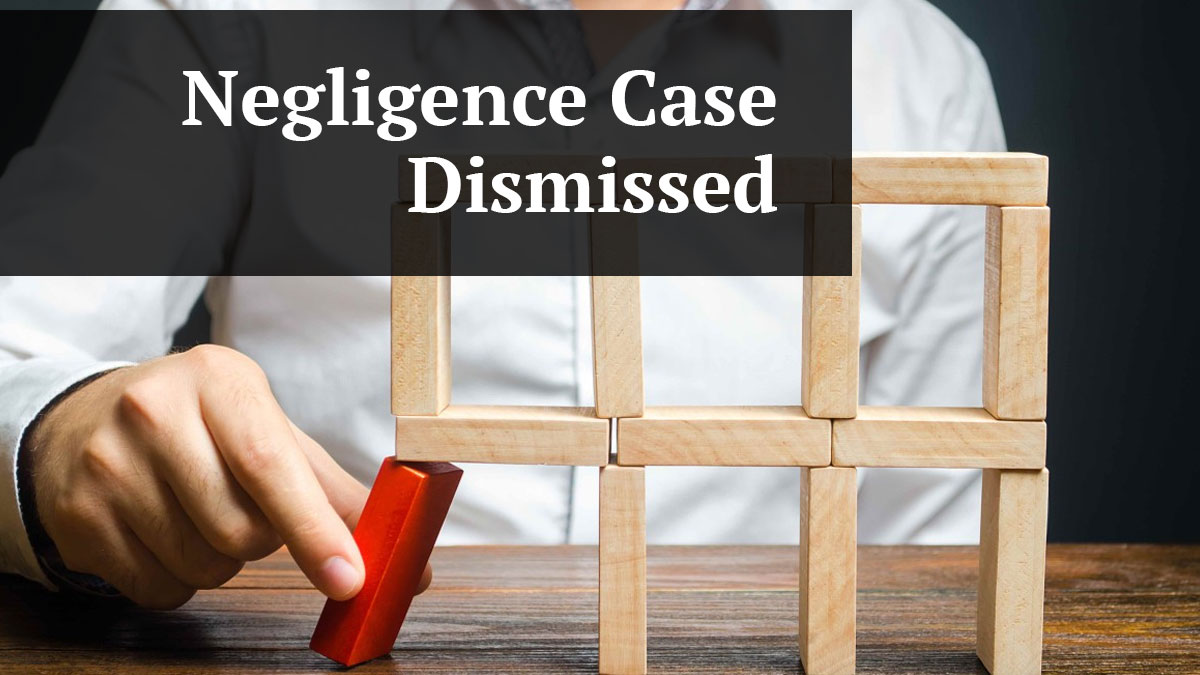 At St. Petersburg Personal Injury Attorneys McQuaid & Douglas, we specialize in the handling of negligence claims. While most of our claims involve accidents that would normally be handled by a personal injury attorney such as car accidents, auto accidents and slip and falls, we handle all types of cases.

Negligence exists when someone acts carelessly and causes an injury. To prove negligence, you must be able to show that the person owed a duty to you, breached that duty, and as a result of the breach, caused damages to you. In a car accident, this is simple to show. The other driver owes a duty to you and other people on the road to drive safely. If the at-fault driver rear ends you, that causes an accident. If the impact causes you to have back and neck injuries and incur medical bills, that’s causation and damages. So, it is a simple formula. However, not all cases are simple. In a recent court decision from Broward County, a tragic mistake led to a negligence claim. The following will discuss what happened with the case.

In Williams v. Boyd-Panciera Family Funeral Care, Inc., 4th District Case Nos. 4D19-473 and 4D19-838 decided on March 11, 2020, a funeral home lost the remains of a baby that died during a miscarriage. Williams brought suit against the Funeral Home alleging negligence and that it acted with great indifference with willful, wanton, malicious, and outrageous behavior. The suit sought damages for the parents’ emotional distress.

In the trial court, the funeral home filed a motion for summary judgment. This is a pleading that asks the judge to essentially dismiss the case against it. The funeral home also sent a proposal for settlement to the parents that made it possible for it to recover attorneys’ fees. The parents presented evidence that the employees of the funeral home did not follow protocol for tracking the remains before it was lost. The funeral home argued to the trial judge that despite the unfortunate event, Florida law barred the claim.

The appellate court reviewed the case and issued an opinion. It looked at a Florida law called the impact rule. This law requires that before someone can recover damages for emotional distress caused by the negligence of another, the plaintiff must have sustained an “impact.” See Fla. Dept. of Corr. v Abril, 969 So.2d 201 (Fla. 2007). Now, no impact needs to be shown if the psychological trauma could be demonstrated to cause a physical injury, not for purely psychic injuries. See Zell v. Meek, 665 So.2d 1048 (Fla. 1995). However, in the Williams case, neither of the parents alleged any physical impact or physical injuries. Therefore, the court stated that the impact rule barred their recovery.

The court then looked at whether the funeral home acted with willful, wanton, malicious, and outrageous behavior. These allegations are not barred by the impact rule if they can be proven. See Gonzalez v. Metro. Dade Cty. Pub. Health Tr., 651 So.2d 673 (Fla. 1995). This is a matter of law to be decided by the court, and the appellate court stated that the allegations did not rise to this level.

Thus, the appellate court affirmed the trial court’s decision. This meant that the parents lost the case and had to pay the legal fee and costs of the funeral home.

Lesson Learned From the Case:

This case illustrates the risk in bringing any type of lawsuit when there is potentially a settlement. This was a horrific set of circumstances that was probably fueled by emotion. My opinion is that this case could have resulted in a successful conclusion for the parents if it was handled differently from a strategic perspective. The key to this case was whether there were any physical symptoms as a result of the emotional distress that was suffered. The parents had to have been stressed to the point where they had an ulcer, joint pain, aches, or anything that was caused by the loss. If they had been diagnosed with these injuries and their doctor related them to the emotional stress of the incident , they would have been able to continue with the case. I believe that the court would have had sympathy for the parents. In the opinion, the appellate court even said that the facts of the case are “troubling and heartrending.” If the case was allowed to proceed, I predict that the insurance company would have paid to settle the case and not risk trial. So, the moral of the story is that a well prepared lawyer with a knowledge of the law can make a big difference whether you win or lose.

The above case was a sad example of a negligence case that went bad. The poor parents lost their child, the child couldn’t be properly buried, they then lost the case and even had to pay the funeral home’s legal fees. This is truly a tragedy from start to finish.

At St. Petersburg Personal Injury Attorneys McQuaid & Douglas, we are always studying the most recent legal trends and case law. We handle all types of negligence cases and are happy to discuss the viability of any potential claim. We handle negligence cases on a contingency, which means that we are paid out of a percentage of any recovery on the case. Therefore, most negligence claims are minimal risk. If you have any questions regarding a claim, please contact us for a free consultation.