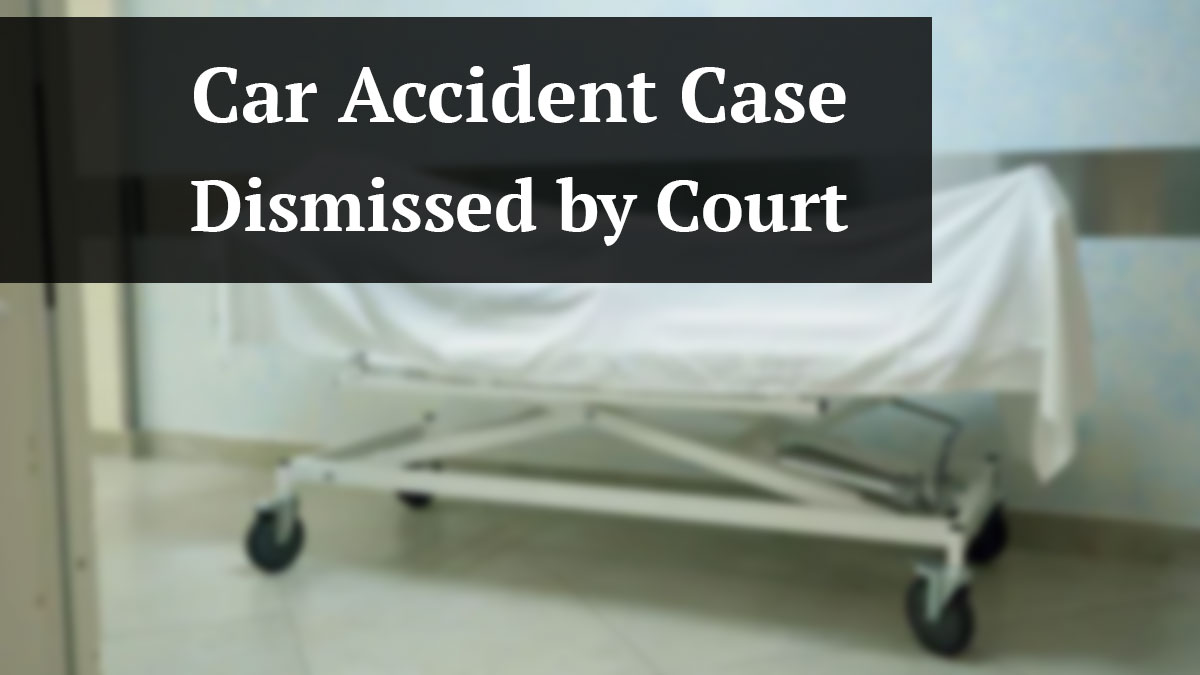 It cannot be stressed enough how dangerous cars can be. With the news in today’s world about all of the deaths from COVID-19, it should not be forgotten that approximately 40,000 Americans die in car accidents every year. These statistics are staggering, yet the number of people who die in car accidents is rarely even discussed. When someone dies, it is truly a tragedy regardless of fault.

While we can never make a family whole for the loss of their loved one, attorneys can guide you through this difficult time. The reality is that you will never be able to replace the love and affection that you shared with your loved one. Unfortunately, our legal system only allows us to recover money as compensation for your losses. And, getting payment for those losses is always a challenge because insurance companies look for any defense or technicality to avoid paying. A recent case from Palm Beach County demonstrates how insurance companies will fight cases even when one of their customers kills someone in a car accident.

In Walker v. Geico and Ramirez, 4th District Case No. 4D18-3706 decided on March 25, 2020, Sophie Walker was killed in a car accident. Her Estate was represented by Walker. Although the case is not clear on this point, it appears that the driver of the car, Gomez, also died. The driver was at-fault for causing the accident. The car was owned by the driver’s stepfather. The car was stored at the driver’s home and he was permitted to use the care. The owner was not being operated by the owner at the time of the car accident.

The issue in the case revolved around the insurance. There were four insurance policies at issue. The driver had policies with Allstate for 250k, Standard Fire for 100k, and Geico for 100k. It appears that Allstate paid 250k and Standard Fire paid 100k. Geico denied payment. The owner of the car had a policy with Allstate for 250k. Allstate paid the 250k. Thus, it appears that 600k total was paid to Walker. The case is a bit unclear on these details, so I am doing the best I can to piece it together.

Walker and the Estate of Gomez also entered into a settlement arrangement where Walker could pursue Geico and the Owner directly. A lawsuit was filed by Walker against them both. The count against the owner was for negligence. The other counts were against Geico for failing to defend and indemnify under the driver’s policy. Geico answered that the vehicle was not covered under the policy or that the vehicle was gifted by the owner to the driver, making it fall outside the coverage of the policy. The owner defended the lawsuit on technical grounds under the vicarious liability statute. The owner relied on Florida Statute § 324.021 to limit his liability to 100k since there was at least 500k of insurance available.

The case solely dealt with the claims against the driver. It is not clear what happened to the Geico claims or if they are still pending. The driver filed a motion for summary judgment claiming that his insurance policy had already paid 250k, which was more than his exposure of 100k. He argued that Fla. Stat. § 324.021(9)(b)(3) limits the owner who loans his vehicle to another to 100k of liability as long as there is 500k of other insurance available. The trial judge agreed and entered summary judgment in favor of the owner. Walker appealed to the Fourth District Court of Appeal.

Walker appealed to the Fourth District Court of Appeal claiming that the trial court incorrectly applied Statute 321.021. He argued that the trial judge should not have counted the 250k from the owner’s policy to apply to both the owner and the driver. He argued this was double counting.

The appellate court set forth the standard for Florida’s vicarious instrumentality doctrine as it applies to car accidents. It stated that Florida law imposes vicarious liability on the owner of a car who entrusts it to someone who negligently injures another. See Rippy v. Shepard, 80 So. 3d 305 (Fla. 2012). But, that liability is limited to the provisions of Fla. Stat. 321.021(9)(b)(3)

The owner who is a natural person and loans a motor vehicle to any permissive user shall be liable for the operation of the vehicle or the acts of the operator in connection therewith only up to $100,000 per person and up to $300,000 per incident for bodily injury and up to $50,000 for property damage. If the permissive user of the motor vehicle is uninsured or has any insurance with limits less than $500,000 combined property damage and bodily injury liability, the owner shall be liable for up to an additional $500,000 in economic damages only arising out of the use of the motor vehicle.

The appellate court explained that there was nothing in the statute that said that the payment by the driver could not be counted. It summarized the available insurance:

250k from AllState where the driver was insured as a permissive user. This was probably the owner’s policy.

The appellate court said that the driver was insured under four policies totaling 700k. Because that exceeded the 500k limit of insurance required under the vicarious liability statute (324.021), the owner was only on the hook for 100k. And, because Allstate had already paid 250k on his behalf, the owner was not further liable. Thus, the appellate court affirmed the trial judge and dismissed the case.

This was a technical case involving a tragic car accident death. There was simply no getting around the law that limited the owner’s liability to the 100k. But, I was also curious about the claims against Geico and why they didn’t voluntarily pay the policy. This case is an example of the steps that insurance companies will take to exploit technicalities, delay payment, and try to frustrate claimants. The unfortunate reality is that these insurance tactics are commonly used in Florida after car accidents, and even in horrible accidents like this case when someone died.

At St. Petersburg Personal Injury Attorneys McQuaid & Douglas, we specialize in car accident claims. We keep up to date with the latest legal trends and case law. If you or a loved one has been involved in a car accident, we would be happy to answer any questions you may have. We hope that you and your loved ones stay safe on the roads and wish you the best.