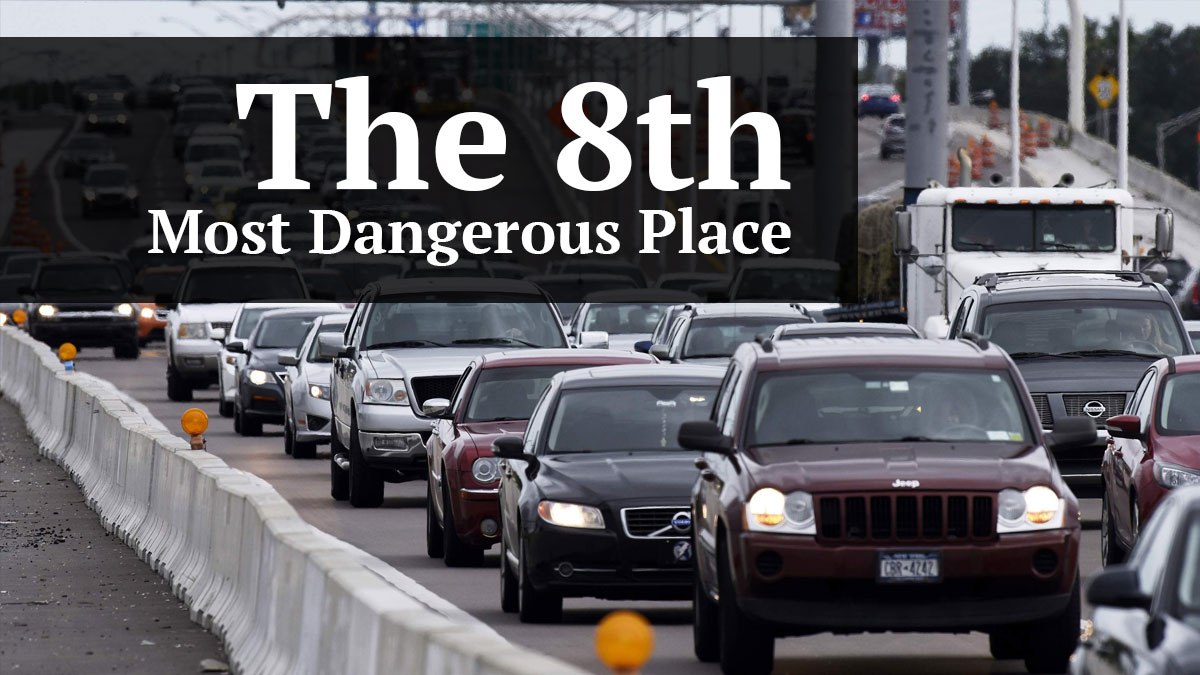 A shocking new study highlighted in the Tampa Bay Times has identified the Tampa Bay area as the 8th most dangerous place in the country for pedestrian deaths. Perhaps more troubling to Floridians, out of the 13 most dangerous areas in the country, Florida cities held 9 of those spots. A new study released on March 10, 2021 by Smart Growth America found that the number of people killed while walking increased by 45% over the past decade, and that minorities, older people, and people in low income neighborhoods were killed at higher rates. This study highlights the dangers on our roadways when pedestrians and cars are in close proximity.

At Personal Injury Attorneys McQuaid & Douglas, we have witnessed the dangers on our roads to pedestrians. We often represent the families of people who have been lost in a tragic accident. Therefore, this study is personal to us because we are on the front lines of this battle.

What is the Smart Growth America Study?

Smart Growth America is a non-profit dedicated to improving the safety of the country’s neighborhoods regardless of age, income, or race. They lead the only national coalition of state and local organizations working for smart growth across the country. Their research helps shape development strategies across the nation. Their most recent study, Dangerous by Design 2021, discusses the statistics and the cause for the number of pedestrian fatalities — the fact that our roads are designed for speed, not safety.

The statistics illustrate a troubling trend. In the last decade, 53,435 people were hit and killed by motor vehicles. In 2019 alone, 6,237 people were killed — more than 17 deaths a day! The four years from 2016-2019 were the most deadly since 1990. These trends should be signaling alarms throughout Florida that there is a real problem that needs to be addressed immediately.

Which Races are Most Vulnerable?

Just as alarming as the sheer numbers, the risk to pedestrians is not spread evenly. Racial inequities were shocking. According to the study, black people were killed at an 82% higher rate than whites. American Indians were killed at a rate that was 221% higher than white people. The risk rate was calculated among ethnicities and found that Asian people were the least at risk by a significant margin, followed by white, hispanic, black/African American, then American Indian.

Risk to Older Americans
The study found that people who were 50 or older were at a higher risk of being killed. At age 75 and older, the risk level increased dramatically. The study detailed that at these ages, people experienced more challenges seeing, hearing, and reacting to danger. It is clear from these numbers that our streets are not being designed in a manner to account for the unique needs of older Americans.

Tampa Bay and Florida are Dangerous for Pedestrians

The number of pedestrian accidents should be scary to all Floridians. As mentioned above, the Tampa-St. Petersburg-Clearwater area accounted for 968 deaths over the course of the ten-year study. This ranked Tampa Bay as the 8th most dangerous place in the country for these accidents. And, the proportion of deaths to the overall population for Tampa Bay was also alarming. The average annual pedestrian fatality rate per 100,000 people was 3.1, making the area the second highest risk in the entire nation!

Overall, Florida had the dubious distinction of holding 8 of the top 13 spots for pedestrian deaths. The next most dangerous state for pedestrians, Alabama, was a distant second.

What Are the Causes?

The study found that roads in Florida are designed for speed, not safety. It stated that it is not Florida’s population, flat roads, or warm weather, it is a fundamental design flaw of our streets. Over the years, Florida has focused on enforcement of speed limits and educational campaigns, while ignoring the fundamental flaws of its road design. Changes in road design would mean giving drivers more visual clues to slow down and affect their behavior. Streets could also be narrowed. The wider the lane, the more apt the driver is to drive faster. Many streets lack basic safety features like curb ramps or high visibility crosswalks. And, wide corners to help cars turn without slowing down increases the distance for a pedestrian to cross the road, thus increasing the risk of an accident. Lastly, Florida has many areas where there are long distances between crosswalks. These long distances to walk to a safe spot create an opportunity for people to forego the crosswalk and jaywalk.

Drivers Bear Some Responsibility Too

Even well designed streets depend on good driving habits. One recommendation of the report was to put clearly marked pedestrian signals on busy roads to slow traffic and make it safer to cross. 4th St. N in St. Petersburg has such a signal at a crosswalk near downtown, but a recent incident still showed drivers must pay attention. At the crosswalk, an SUV stopped for the flashing light and the pedestrian began to cross. But, another car in the inside lane who was driving fast, saw the yellow lights too late and nearly avoided a collision. This is an example of how even a well designed road depends on drivers too.

In Florida, until governments understand the dangers and change their road design, pedestrians will continue to die at unacceptable rates. As a result, many families will lose loved ones. The report is clear about what needs to be done and it is our role as citizens to encourage our elected officials to pay heed to the advice.

In the meantime, if you have any questions regarding a pedestrian accident or wrongful death claim in Florida, please do not hesitate to contact us. Our consultations are always free of charge. We are your experienced pedestrian accident attorneys and would be honored to help you or your family through this difficult time.