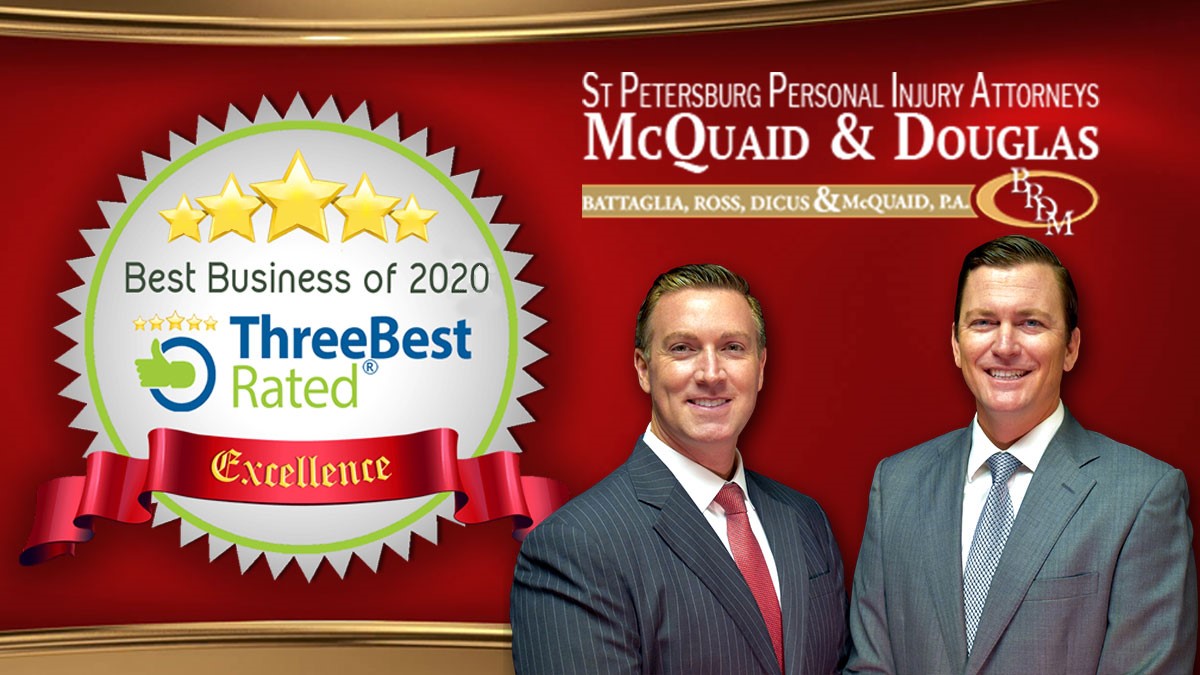 Car accident claims can sometimes be challenging even when there is clear cut liability. A recent case from South Florida illustrates the extent that insurance companies will go to avoid paying even when their insured commits a rear end accident.

At St. Petersburg Personal Injury Attorneys McQuaid & Douglas, we specialize in car accident claims. We follow developments in case law in order to protect our clients. When we see a case that deserves a description and analysis, we give it attention. If you or a loved one has been injured in a car accident, please contact us for a free consultation. We will answer your questions and advise whether you have a viable claim.

Facts of the Car Accident Case:

Ruchimora v. Grullon, Fla. 3rd District Case No. 3D19-753 was decided on July 15, 2020 on appeal from Miami-Dade County. Ruchimora and Grullon were in a car accident as they exited from the highway. Grullon’s car crashed into the rear of the vehicle driven by Ruchimora. Ruchimora was injured and went to the hospital emergency room. She then hired a car accident lawyer and reported to a chiropractor thereafter for medical treatment. When the case could not be settled, Ruchimora filed a lawsuit to recover her damages.

The case went to trial in Miami-Dade County. The trial judge determined that Grullon was at fault for causing the accident. The issues that went to the jury were the causation of the injuries and the damages. An issue arose at trial about who referred Ruchimora to her chiropractor. In her deposition, Ruchimora claimed that when she was at the hospital, the ER doctor referred her there. But, in the medical records from the hospital, the doctor instead recommended that she follow-up with her primary care doctor. Three days after the accident, Ruchimora showed up at the chiropractor’s office and signed a form agreeing to pay the bill out of the proceeds of the auto accident injury claim. This form is called an LOP and is a standard way for a doctor to secure his or her bill. On the LOP form was Ruchimora’s lawyer’s name.

The insurance defense attorney for Grullon attacked this issue over who referred Ruchimora to the chiropractor. He presented the emergency room records and attacked Ruchimora’s credibility. He showed her the LOP form with the lawyer’s name on the form and implied that she lied because the referral came from the lawyer. Although the lawyer never asked her whether the lawyer referred her to the chiropractor, it was implied. The defense attorney argued this in his opening statement and even called Ruchimora to the stand during the defense case to again attack this issue. The defense lawyer went on to argue that Ruchmiora was lying about the referral in his closing argument. Ruchimora’s lawyer objected to the entire line of attack over the referral, but the trial judge said that it went to her credibility and allowed the evidence. The jury awarded Ruchimora past medical expenses, but found that she did not suffer a permanent injury and thus did not award pain and suffering. The result was devastating to Ruchimora and clearly a result of her being impeached about the referral to the chiropractor. She appealed the decision of the trial court to the Third District Court of Appeal.

While there were some extraneous legal issues, the main issue of the appeal dealt with whether the trial judge was correct in allowing the defense attorney to infer and argue about the referral relationship between Ruchimora and her attorney. The appellate stated that in general, the attorney-client privilege prevents a party from being required to disclose that his or her attorney referred the person to a physician or chiropractor for treatment. See Worley v. Central Florida Young Men’s Christian Association, Inc., 228 So. 3d 18 (Fla. 2017). But, the appellate court went on to state that Ruchimora’s attorney opened the door to this evidence by his own conduct. It stated that in his opening argument, he stated that the case was a credibility determination for the jury to decide. When he put Ruchimora on the stand, he specifically asked her who referred her to the chiropractor. And, he put into evidence the LOP between the chiropractor and the lawyer that Ruchimora presented to her chiropractor on the first day of treatment. Therefore, the appellate court stated that all of the inference and argument about who referred Ruchimora to the chiropractor was invited and that the trial judge did not abuse his discretion in allowing it. The appellate court also specifically noted that the defense lawyer never actually asked Ruchimora whether she was referred to the chiropractor. It stated that would have been an improper question even though the door was opened.
Thus, the appellate court affirmed the decision and the jury verdict stands.

Opinion of the Car Accident Trial

This case illustrates how the insurance companies try to manipulate and spin anything that they can in order to attack an injured person. In the grand scheme of things, who cares who referred Ruchimora to the chiropractor? Does the source of the referral really change if she was injured or not? But, in this case, Ruchimora’s lawyer clearly did not anticipate this line of attack and exposed his client to unnecessary credibility issues. The insurance defense lawyer had nothing else to argue about, so he made the whole case about who referred her to the chiropractor, and in doing so, made it seem like she was a liar. With better preparation all the way before the deposition, this issue should have never come up. An experienced car accident attorney would have had Richimora simply invoke the attorney-client privilege and no one would have ever heard about it again.

Contact Sean McQuaid, he specializes in car accident injury claims. If you have questions about a claim, he is honest, experienced and able to handle any matter. Mr. McQuaid is the President of the St. Petersburg Bar Association from 2020-21 and his credentials are unmatched. He routinely handles serious injury claims and wrongful death actions from car accidents all across Florida. Most importantly, he will personally spend time with you and your family to answer your questions.