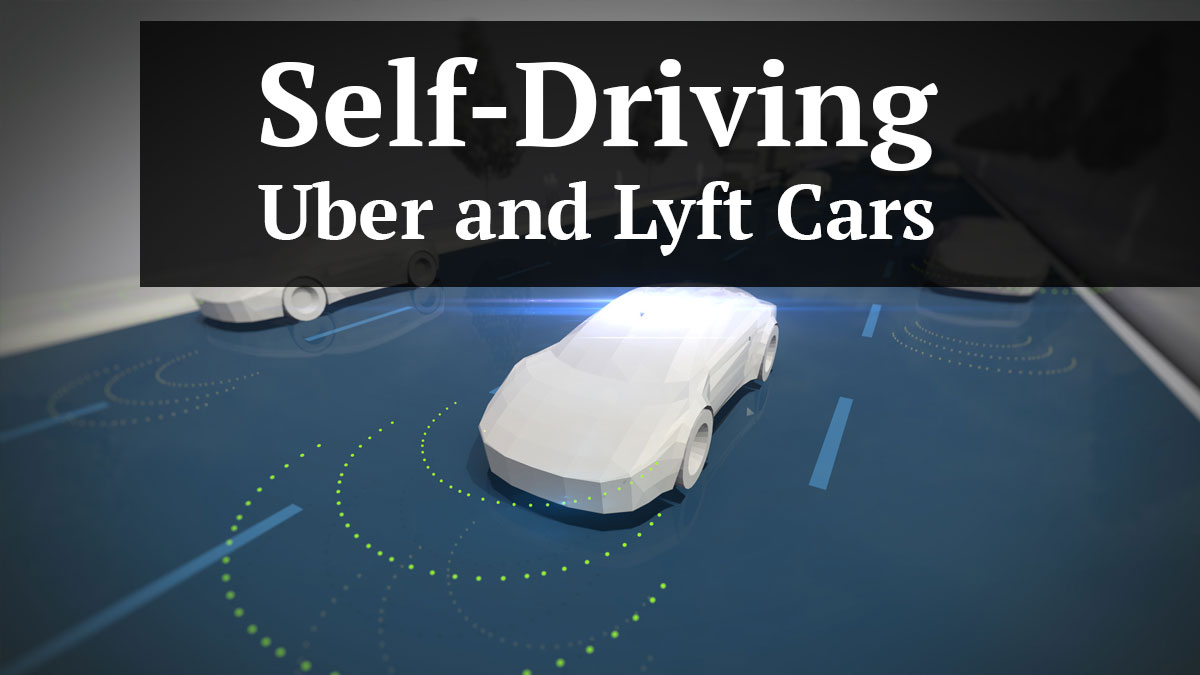 Uber and Lyft have changed the transportation landscape with their ride-hailing cars. They have undercut cabs through their low fares, convenience, and technological innovations. However, as Uber and Lyft continue their dominance of the market share, their business models have come under fire for lack of profitability. Little known to the public, Uber and Lyft lose money on every ride. As the business model has become more scrutinized, it seems as though self-driving or autonomous cars are the only solution to this problem. According to the companies themselves, in the months and years to come, self-driving Ubers and Lyfts must become the norm in order to be sustainable. With the companies rushing to transition to self-driving cars, there are potentially a host of legal repercussions, accidents, and injuries that the public and accident lawyers must navigate.

The explosion of Uber and Lyft over the past few years has made them highly visible players on the financial scene. Uber reported 68 million rides in 2017 and 91 million rides in 2018. Both companies recently became publicly traded and the disclosures required through these IPOs have made many question the current business model. According to Lyft’s disclosures, it reported losing 911 million dollars in 2018 alone. While Uber’s losses were not available as of the time of this article, they are also estimated to be massive. The losses are a direct cause of the amount of money they pay their drivers. It is estimated that the companies could cut the cost of each ride by 75% by replacing the drivers with autonomous cars. Wall Street is betting that the companies are able to accomplish this fete despite the fact that experts estimate that the deployment of this technology is at least a decade away from being a reality. But as the companies continue to lose massive sums of money annually, the race to develop these self-driving technologies has become a means of survival. In fact, in 2016, Uber’s founder, Travis Kalanik, said that self-driving technology in its cars was “basically existential”. This push to reduce costs for payments to drivers is why Lyft said in its mandatory IPO offering that it aims to begin providing self-driving Lyft cars within 5 years and have the majority of its trips be performed in autonomous cars within the decade.

Until mid-2018, Uber was actively testing its self-driving car technology in Volvo’s XC90 car in various markets throughout the country. Then, in March 2018 in Phoenix, Arizona, an Uber self-driving car killed a woman crossing the street. This tragic incident was the first death attributed to a self-driving car. As a result, Arizona suspended Uber’s ability to test self-driving cars.

In December 2018, Uber resumed self-driving car testing on public roads in Pittsburgh and intends to resume testing in Toronto and San Francisco. However, Uber conceded that they are not ready to deploy these vehicles without human controls.

In June 2019, Uber announced its newest self-driving car made by Volvo. This newly designed XC90 will have both human and computer controls such as steering wheels and brake pedals. The cars also have backup battery power and new cybersecurity systems.

Uber is anxious to continue to deploy these newly designed cars and has announced its intention to buy up to 24,000 of these self-driving cars from 2019-21. Despite Uber’s optimism and ambitious ideas, the death in March 2018 still has many skeptics questioning whether this technology is truly ready to go to market.

Lyft is also making aggressive moves with self-driving cars. It has partnered with self-driving company Aptiv and has opened a research facility in Silicon Valley. Self-driving Lyfts are already active on the streets in Las Vegas. The difference between Uber and Lyft is that Lyft isn’t purchasing a fleet of vehicles like Uber. Instead, Lyft is showing how its technology can be incorporated into self-driving cars. This approach is clearly an effort to reduce its staggering yearly losses.

Florida Governor Ron DeSantis wants Florida to be at the forefront of the self-driving vehicle revolution. On June 14, 2019, he signed HB 311 into law. The new law takes effect on July 1, 2019 and allows self-driving cars without humans on all roads in Florida as long as the vehicles meet certain insurance and safety requirements. The current law allows self-driving cars only when there is a person in the car as a back-up. Governor DeSantis stated during the signing ceremony that he wants companies that are testing self-driving vehicles to move to Florida. So, expect companies like Uber and Lyft to be listening.

The law amends Florida Statute 316 and creates Florida Statute 627.749. Under the new statute, self-driving vehicles must carry PIP or no-fault insurance and bodily injury coverage of at least 1 million dollars. The uninsured motorist requirements are no different from any other vehicle, but it is standard for both Uber and Lyft to carry 1 million dollars of this coverage as well.

There is a legitimate concern that in an effort to survive financially, Uber and Lyft will rush the self-driving car technology to the marketplace. This pressure on the companies to reduce losses may create a scenario where safety concerns become secondary to the companies’ success. How Uber and Lyft deploy this technology will be an area that is monitored closely by concerned citizens and lawyers. Uber and Lyft have changed the world of transportation forever, they are now responsible for the implications of those changes. If you have a legal question about an accident involving an Uber or a Lyft self-driving car, my office is experienced with these types of claims. We are intimately familiar with the insurance procedures for car accidents involving an Uber or a Lyft. This experience includes representation of Uber and Lyft drivers, Uber and Lyft passengers, as well as those who may have been injured as a result of an accident caused by an Uber or Lyft autonomous vehicle. Our consultations are always free of charge.