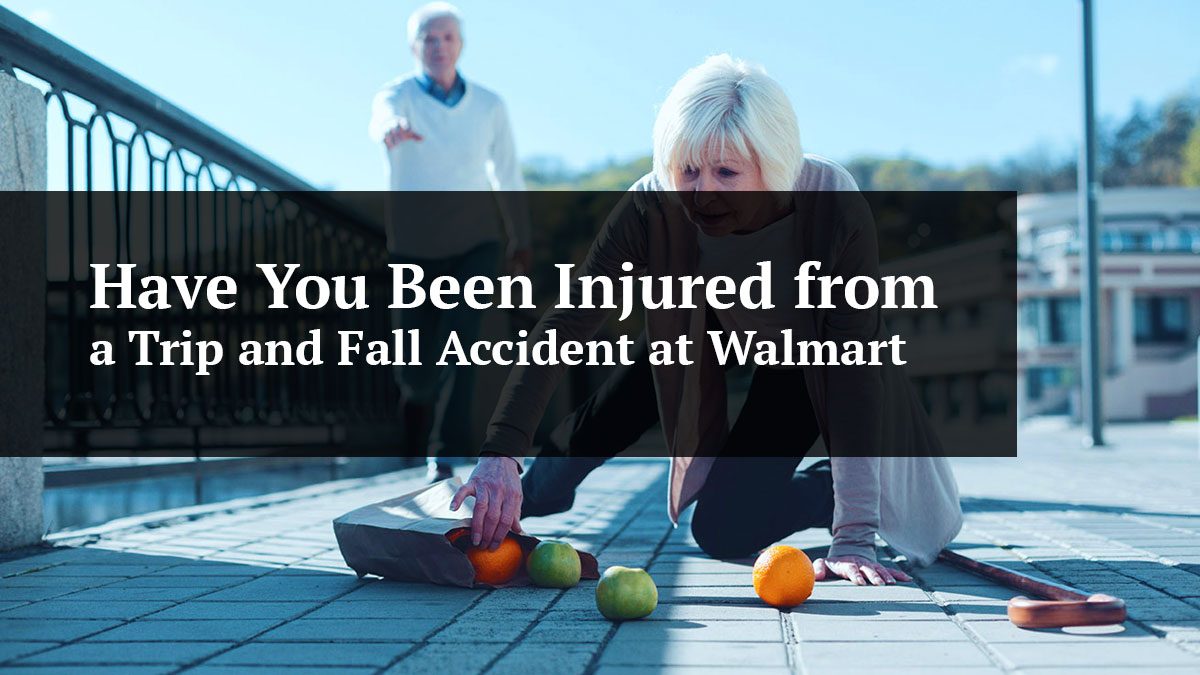 People injured from a trip and fall on Walmart property received an important legal victory by Florida’s Fourth District Court of Appeals on March 20, 2019. After Walmart convinced a trial court judge in Broward County to dismiss a trip and fall personal injury claim, the appellate court reversed the decision and sent it back for further proceedings.

In Cruz v. Walmart, 44 Fla. L. Weekly D765a (Fla. 4th DCA 2019), Mr. Cruz was leaving Walmart when he tripped on an elevated manhole cover and sustained serious head injuries. The manhole cover was apparently elevated over ¼” on three sides, Mr. Cruz was 72 years old, the lighting in the area was poor, it was 10:15 PM, the manhole cover was in a travel lane in front of the store, the store was busy, and cars were traveling in both directions with their headlights on. Walmart denied that it had any responsibility for the trip and fall injuries and argued that it did not breach its duty to maintain the premises in a reasonably safe condition, the accident was not foreseeable, the manhole was open and obvious, and the customer was the sole cause of the accident. Walmart convinced a Broward County judge to grant summary judgment in its favor, effectively dismissing the case.

Mr. Cruz appealed, claiming there were multiple instances of material fact and that the case should not have been dismissed by the trial judge. The appellate court agreed with all of Mr. Cruz’ points in a decision that will certainly cause Walmart to rethink its approach to customers who fall on their premises.

The appellate court said that Walmart failed to establish that the manhole cover was not a dangerous condition since it was raised higher than permitted by the building code and rendered it a trip and fall hazard. The court further stated that there were also issues as to whether the manhole cover was open and obvious given the lighting and other vehicle traffic in the area. Finally, the court said that even if it was open and obvious, Walmart should have anticipated that the manhole would cause an injury to someone. The court relied upon De Cruz-Haymer v. Festival Food Mkt., Inc., 117 So.2d 885 (Fla. 4th DCA 2013), where a shopper tripped and fell on a floor mat in front of the store. In that case, despite the fact the mat was open and obvious, the store should have expected that a customer could be injured from a trip and fall, due to the presence of this hazard.

This decision holds Walmart, and other retail stores, to a safety standard that it must take seriously. Walmart has a history of litigating legal issues and prolonging cases much longer than they should. This case will protect people and should cause Walmart to take responsibility for injuries that its shoppers sustain during personal injury accidents.

If you or a loved one have been injured from a trip and fall on Walmart property, then you should take the proper measures to ensure you receive the compensation you deserve. Contact St. Petersburg Personal Injury Attorneys McQuaid & Douglas today and speak with an attorney. For over 60 years our firm has been successfully helping people who have been injured due to someone else’s carelessness. We have been nationally ranked for decades by US News and World Reports as a Tier 1 law firm, which is the highest ranking that can be received. Sean McQuaid and Jonathon Douglas have dedicated their careers to continuing the firms legacy of superior legal representation.