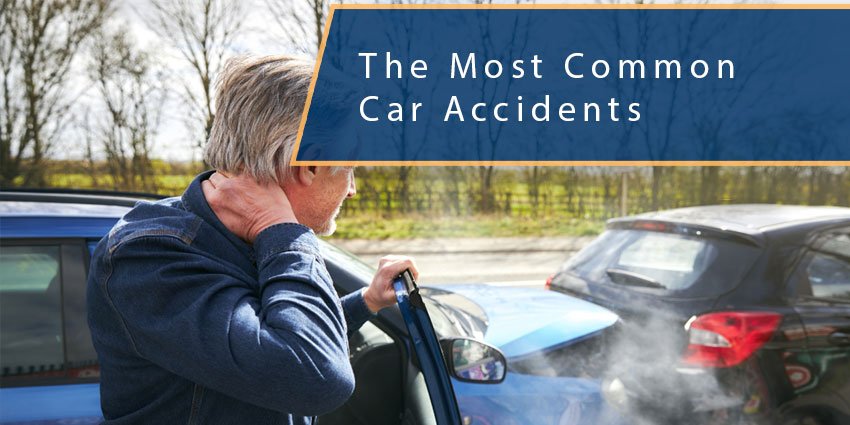 Florida has one of the highest rates of car accidents in the nation. According to NHTSA data, Florida is the third-highest state for US traffic collisions and fatalities. That means if you drive in Florida, educating yourself on the most common types of accidents is not a bad idea. Additionally, it would help to also learn steps to avoid common accidents.

This article will discuss common car accidents, accident-related injuries, and what to do after an accident.

The Most Common Types of Accidents in Florida

The most common types of car accidents in Florida are:

Multi-car collisions happen less frequently but can have more disastrous outcomes. They often occur on a long stretch of highway. They can also happen in areas with fog or low visibility. But any type of car accident can happen just about anywhere.

Rear-end collisions are the most prevalent type of car accident in Florida. They are primarily caused by distracted drivers or following another driver too closely (tailgating). Whether it’s from a traffic light or an obstacle in the road, sometimes the front car needs to stop suddenly. Without adequate time and space, the back car can crash into them.

Rear-end collisions often result in neck injuries, like whiplash. Whiplash results when a sudden impact causes your head and neck to jerk back and forth rapidly. The result is a sore, and painful neck, which can escalate without prompt treatment.

The best way to prevent a rear-end collision is by following traffic laws and limiting distractions. Keep a safe distance between other cars, and don’t follow too closely. If someone is tailgating you, allow them to pass.

Check your phone before you hit the road, and avoid checking it until you arrive at your destination. Iphones and other smartphones have “driving” or “do not disturb” modes that allow you to silence notifications while you drive. You can switch your phone to these modes while driving to minimize distraction from notification sounds.

A T-bone collision is when a car hits another car on its side. This type of accident is especially dangerous for the car that gets hit on the side. That’s because the front of the other car can trap the driver or passenger inside. Additionally, the impact can be catastrophic or even fatal for the driver or passenger. T-bone accidents often end with the side-struck occupant getting debilitating injuries.

Let’s say the driver who gets t-boned had their hands on the wheel. The impact of the car crashing into them from the side can break their arms. If the other car went fast enough, the t-boned car could even roll over. In the worst cases, the front of a car can crush and kill the driver or passenger.

T-bone collisions and left-turn collisions happen mostly at intersections. It can happen when one car is turning left, and another car continues straight. Or if heads east-west while another north-south and they collide in the middle of the intersection. Such a scenario usually only happens when someone runs a red light. That’s why it’s so important to pay close attention to intersections.

Be sure to only turn when you have a green arrow. In addition, check twice for other cars going straight through the intersection before making a turn.

Head-on collisions, while less common, can be deadly for the involved parties. A head-on collision between two cars can happen when someone is going the wrong way on the road. For example, it often happens when someone passes a car on a two-lane road. If a distracted driver comes out of their lane, they can potentially crash head-on into a car coming from the opposite direction.

Head-on collisions are more likely than other accidents to eject a passenger out of the car. That’s because both cars have momentum before the collision, intensifying the crash force. Therefore, a seatbelt can prove to be especially helpful in the event of a head-on collision. Without a seatbelt, you could go through the windshield, fly out of the car, and hit the other car’s windshield. Sometimes in a head-on collision, the driver can slam into the steering wheel, causing severe facial, head, and neck injuries.

Sideswipe accidents usually occur in one of the following scenarios:

Sideswipe accidents do a lot of aesthetic damage to a car. For example, it can completely wipe out a side view mirror and cause significant scratches along the side of the car. In addition, if the impact happens at a particular angle or high speed, the passengers could get hurt. These accidents can also cause secondary collisions if a car loses control after the sideswipe and darts into another traffic lane.

A single-vehicle crash is exactly what it sounds like. It’s a crash involving a single vehicle that crashes into an object like a traffic sign or tree. Sometimes another car can be indirectly involved. For example, it could happen if one driver had to swerve to avoid hitting a car and consequently ran into an object. If you are in that situation, try to swerve delicately around the other car. Avoid harsh turns because that can cause your car to roll over and will result in very serious injuries. It’s better to hit the brakes and go into the bushes rather than hard objects like poles or trees if you absolutely must hit something. Hitting a hard object at high speed can cause severe injuries like head trauma or broken bones.

What Should I Do if I Get Into a Florida Car Accident?

The most important thing after a Florida car accident is to ensure everyone’s safety and well-being. First, check yourself for injuries and then check your passengers. If anyone is in immediate danger, call an ambulance. Even if you think you are ok, it’s still a good idea to get checked out by a doctor. Sometimes accident injuries have delayed symptoms.

It’s essential to call the police and wait for them to arrive on the scene, assuming you don’t have life-threatening injuries. Be sure to give the police your statement about how the accident happened. You might even need proof that the other driver was distracted or negligent while driving. If you are involved in a multiple-vehicle crash, get contact and license plate information for all cars involved. A Florida car accident lawyer can review your case to ensure you get the compensation you deserve.

If you were injured in a Florida car accident, a personal injury attorney could help ensure you get the maximum compensation for damages.

We offer some of the leading legal services in the area and have vast experience helping clients with cases similar to yours. Whether you were in a rear-end, t-bone, head-on, or sideswipe collision, we will work to protect your rights.