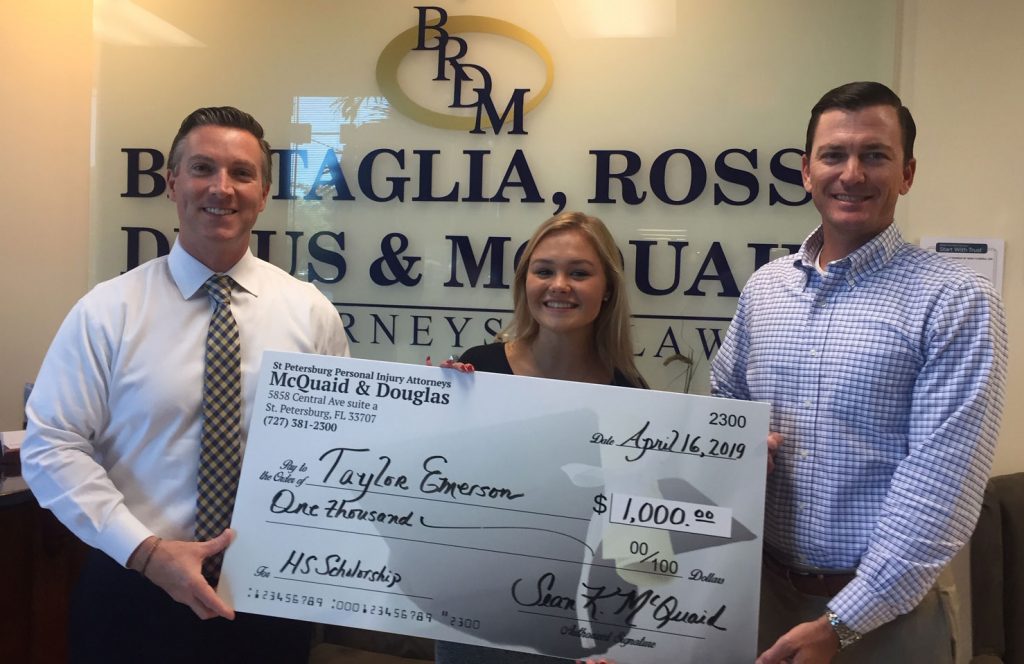 How Could Pinellas County Reduce the Number of Auto Accidents per Year?

I remember exactly where I was and what time it was when I found out my best friend had been involved in a serious automobile accident. Barely choking out her words through tears, she called to relay that she would not be at swim practice that day as she had been t-boned by a distracted driver at an intersection, an accident that was by no means her fault and by all means life-changing. My friend was a competitive swimmer and she suffered neck injuries from the whiplash of the impact that would keep her from the pool for almost one year.

Most auto accidents in Pinellas County occur at busy intersections: “Pinellas County found that the intersections with the most accidents were on its most heavily traveled roads — namely U.S. 19 and Interstate 275”. The causes include careless or criminal acts such as texting and driving, turning left without accurately gauging oncoming traffic, running red lights and driving under the influence.

Often, both teenagers and experienced drivers can approach driving with a mindset of invincibility, but this should never be the case. Measures such as advertising and speakers who spread the word of these dangers have already helped to raise awareness of texting and driving. But we as a county need to do more.

Insurance companies utilize technology to promote safe driving by offering discounts for using their mobile applications, which track driving behaviors. These apps not only track the usage of mobile devices while driving, but they can also determine speeding and erratic stops. In Pinellas, a county-wide application could be designed and promoted for citizens to download, with an incentive of gas vouchers, restaurant coupons, or local park and event tickets. These apps would work in similar ways to those previously mentioned — they would have the ability to detect if a car was in motion. If the app detects the car in motion, notifications can be silenced on the mobile device, preventing drivers from distractions while on the road.

In order to avoid crashes from those drivers who try to speed up before a red light instead of the intended slowing down, Pinellas County could implement speedometers on lights at all intersections. While I understand that red light camera use in Pinellas County has diminished if not disappeared, implementing a speedometer at busy intersections that alerts drivers of their speed may be a useful measure, particularly if the speed appears in a flashing red display when exceeding the limit. This will help to reduce the number of accidents at intersections, without involving the controversies that surround red light camera usage.

With the advancement of technology, I hope that these safety measures help to prevent thousands of accidents from happening each year in our county — so that the harm caused by reckless behaviors with technology will be replaced by responsible uses of these apps.

“Attorney Jonathon Douglas has always been a valuable resource to all things legal for me and my family.”

“We would like to thank McQuaid & Douglas for the best possible settlement in my husband's Personal Injury case.”