All About Car Accident Law (2020 Update)

Hello and welcome to my 2020 update about car accident law. Here in Florida, the main issue that’s going on, again, it’s February 14th, Valentine’s day 2020. The biggest issue right now is in Tallahassee, Florida, and it has to do with the repeal of the PIP system. Currently under Florida law, if you’re watching this video, you may be aware every motorist is required to have a PIP or no fault insurance that pays for up to $10,000 of your medical bills and lost wages. After an accident, regardless of whether you caused the accident while the system is, it’s been around since the 70s, it’s outdated. It does not work well. Our drivers here in Florida are spending hundreds of dollars a year for PIP insurance where their maximum benefit is $10,000 minus any deductible. It’s just not a good system. And so over the past few years, there have been multiple attempts to repeal that, the PIP system and replace it with something.

Uh, this year we thought for sure it was going to get done, but the, the new bill has hit a snag. Uh, and the proposed bill is that every driver is to be offered a $5,000 med pay, you know, have to have it, but it’s offered and that will cover your medical bills up to $5,000. Again, regardless of faults, similar to PIP, but again, it’s optional, but what is required, um, now that has not been required before is a 25 slash $50,000 policy for bodily injury coverage. So if somebody, uh, if you injure someone, you are protected in the amount of 25, uh, per person or 50,000 per accident. And that’s required. Most States have that. But we, uh, here in Florida, we, we do not, uh, and it’s, uh, it’s a major problem because in reality, uh, without a mandatory BI policy, most of the bad drivers, the ones that are going around and causing these accidents, they don’t buy it.

And so they hit you in a car accident, they injure you, and then they don’t have any type of coverage for you to pursue for your injuries. So it’s a ridiculous system that needs to be changed. But as I mentioned, the bill that has been moving through the Senate right now has hit a snag because, uh, one of the senators, it’s a Jeff brand is here of, uh, St. Petersburg, uh, apparently is trying to cap the, um, ability of, of people to hold insurance companies in check. Uh, it’s called the bad faith provision of this bill. And basically it was true, it was stuck in the, uh, in this bill at the last, and it’s caused everything to, uh, to, to halt. So it doesn’t look like PIP will be replaced this year, unfortunately, because again, from my car accident clients having a mandatory BI system that also you’re allowed to keep an insurance company in check.

That’s really an attractive thing. It’s good for people. It’s good for the customer base, um, uh, and the citizens and it’s, it’ll be cheaper at the end of the day. So that’s the, that’s the one big thing that’s going on. Another, um, a big change as far as car accidents and, and, uh, and, and the law there is that is the texting while driving bill has started. So the big, uh, the big change with texting while driving is now you cannot have a phone in your hand up to your ear at all in a school zones or construction zones. And we’re starting to see people calling us who have been cited, uh, for talking on a phone through a school zone. So it’s, it’s, it’s happening. Uh, the other issues with the other law with texting while driving, obviously you can’t text while you drive unless you’re stopped at, uh, somehow stopped.

Um, you know, usually had a, a, a stoplight. So, uh, but there’s big changes, uh, in that texting while driving. The other change that we’ve seen is that Windhaven insurance company, one of the smaller insurance companies really, in my opinion, it was a cut-rate, low-end insurance company. But Windhaven has, uh, has, uh, gone into bankruptcy. It’s been ordered to liquidate, which is really good news for the citizens of Florida because we ran into problems with Windhaven on virtually every single case we had. They just, uh, were really difficult to get on the phone. They were difficult to pay their, uh, pay the bills. They were really a nightmare company. So, uh, just in the last couple of months they’ve been ordered to liquidate. So all those people that had Windhaven, uh, there’ll be looking for new insurance companies. So it’s actually a good thing. Uh, other than that, as far as car accident law in Florida, we do continue to see some of the big companies.

State farm in particular really pulled back on pain, payment of bodily injury claims and that’s a problem. You know, state farms, the biggest insurer for uh, for motor vehicles in Florida and we’ve seen a tightening, um, on their payment of bodily injury claim. So if for example, you make a claim you’ve been injured by state farm driver or you have state farm as your own insurance company, uh, you make a claim for your injuries. They are fighting tooth and nail. They will not pay. They are spending a ton of money in attorney’s fees to avoid having to pay any money. It’s a real change in their policy and it’s a problem. I personally have state farm. I’ve seen what they’re doing to my clients and I’m personally looking for another insurance company. As a result. Now, they’re still good. They still pay property damage claims.

But, uh, as far as bodily injury claims, I’d be really nervous if you have state farm. It’s a, it’s a whole new world out there. Other than that, uh, there really no other significant changes in a car accident law. Uh, if you do, uh, have any questions, uh, for, uh, an experienced lawyer, I invite you to contact us at St. Petersburg Personal Injury Attorneys McQuaid & Douglas. We hope that you are not involved in a car accident. We hope that you were not injured, but if you are, I’m sure we’ll be able to help you through the process.

*The above has been transcribed by a third party service and has not been checked for accuracy. 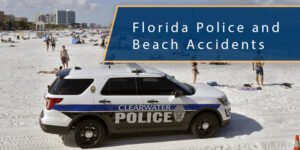 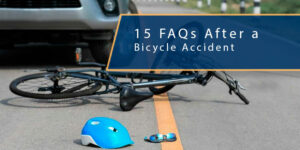 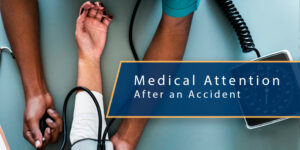